Why Measure G is Great for San Diego! 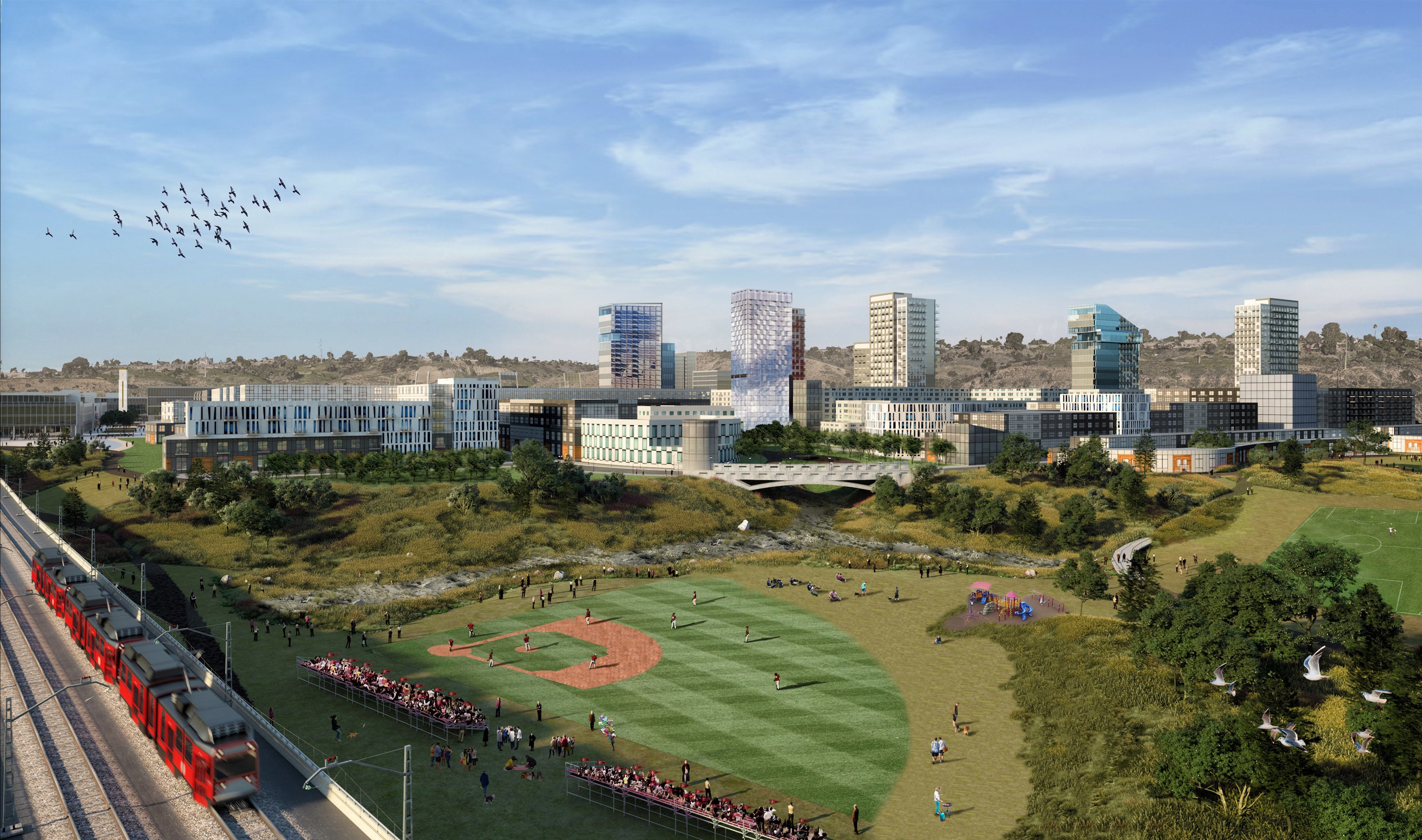 On Election Day, San Diegans will have the opportunity to create a lasting legacy for San Diego, and pass Measure G, an initiative to transform the aging Qualcomm Stadium site into a beautiful extension campus and professional quality stadium for San Diego State University. The proposal also includes creating a 90-acre green space, including restoration of the river park, open to the public. This plan comes at no cost to taxpayers.

The alternative Measure E, known as SoccerCity, proposes to build a soccer stadium on the same site but nothing in the ballot measure obligates it to do so. Proponents of Measure E claim it’s good for San Diego, but it’s full of empty promises and puts this precious public land into the hands of private developers.

While the SDSU West proponents have already started an Environmental Impact Study for their proposed use of the site, the group behind Measure E is taking advantage of a loophole to avoid environmental impact reports and avoid compliance with the California Environmental Quality Act (CEQA). That means that the public would have no opportunity to provide input or feedback and San Diego taxpayers would be on the hook for any costs related to the impacts of the environment, traffic, and surrounding communities if the SoccerCity initiative were to pass.

Measure G explicitly states that SDSU will purchase the land at “Fair Market Value,” which means there will be no costs or additional taxes passed on to city residents. Selling the land would also provide revenue to assist with paying the city’s debt still owed on the site after the stadium is demolished. Supporters of Measure E say the development associated with SoccerCity won’t cost taxpayers, but according to San Diego City Attorney Mara Elliott, taxpayers could face huge costs if this initiative passes.

San Diego State University generates $5.76 billion for the economies of San Diego and Imperial Counties, which is huge! The university provides 42,000 jobs in the two counties and its graduates go on to start businesses and create jobs themselves. Measure G will help SDSU continue to generate more jobs and revenue for San Diego. Currently, the San Diego State University campus is landlocked, which impacts student growth, as many qualified local students must be turned away due to lack of space. Measure G will increase space to educate more students in state-of-the-art science and research facilities. Voting for Measure G means giving more San Diegans the opportunity to attend SDSU and build a better future, armed with a college education.

The question we face on November 6th is what’s best for the future of San Diego? We believe public land should be used for public benefit and not to create private wealth. The choice this November 6th is clear: to create a legacy for all San Diegans, vote YES on Measure G, and NO on Measure E.